It is a day and age where the best barber in Los Angeles is widely considered to be a female, that ladies name is Sophie Pok. We thought it would be a good time to have a Q&A chat with our very own Jess and Kira. They are two on our team who are doing a great job on the tools and an even better job of breaking the gender stereotypes through their career success in what is a heavily male dominated industry. 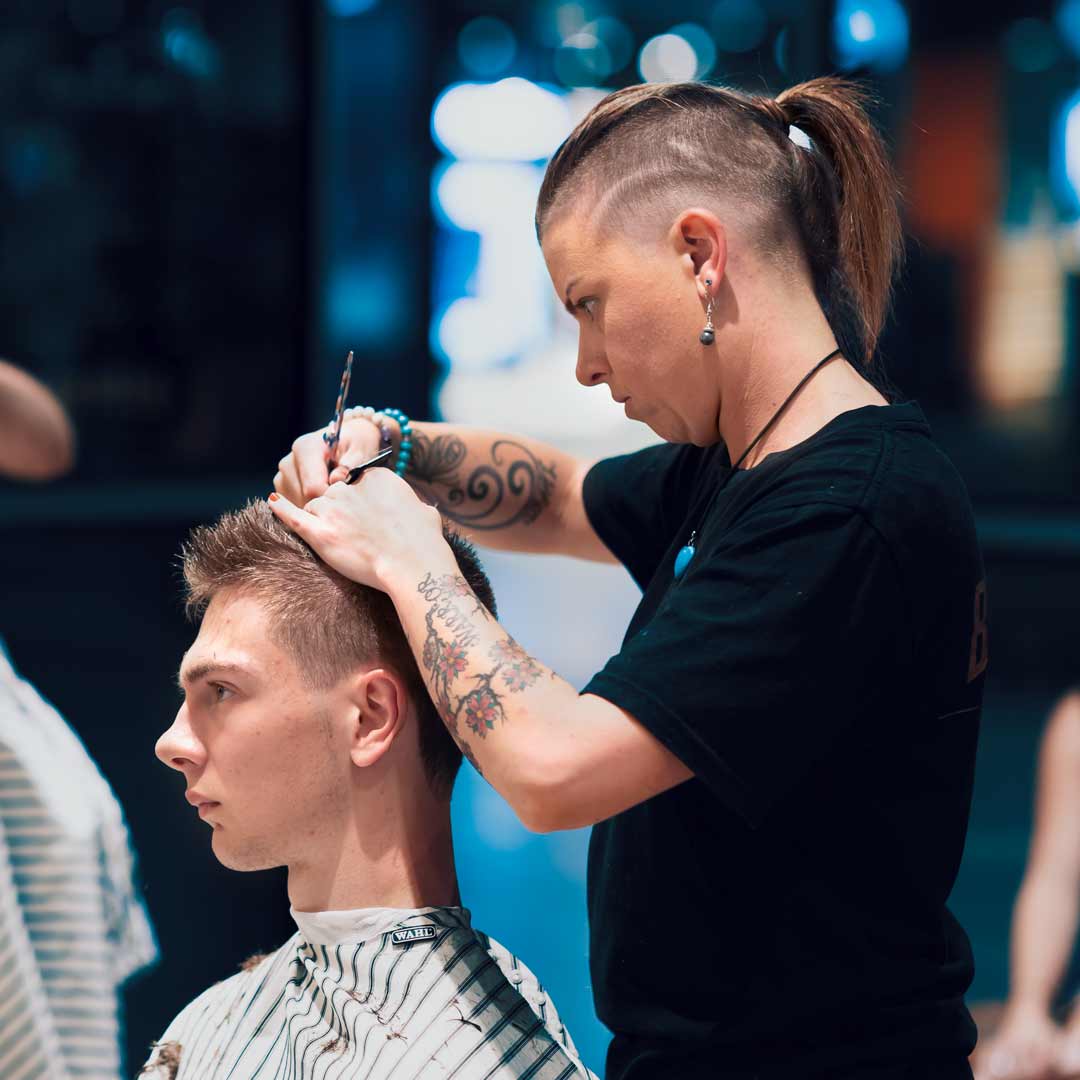 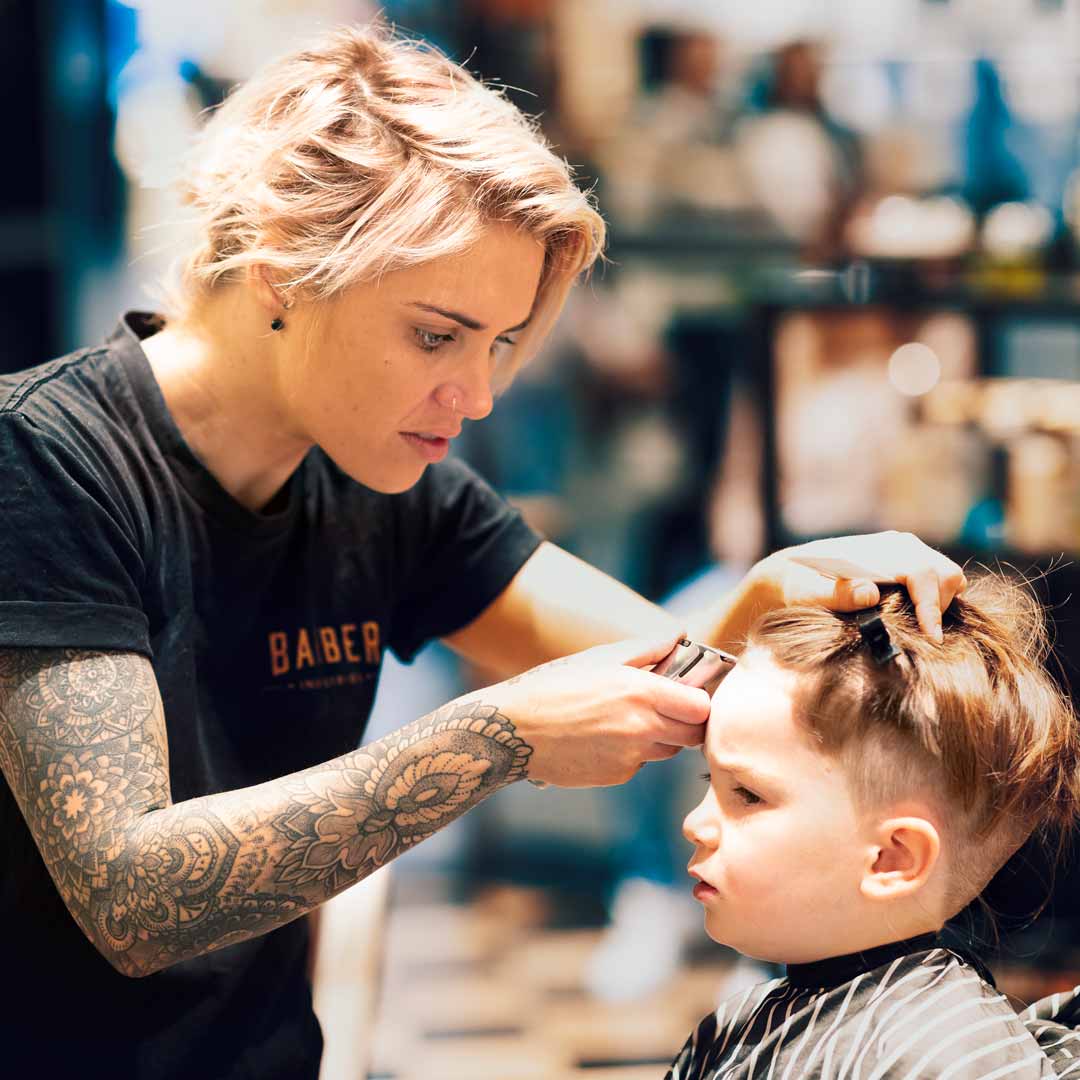 How long have you been in the barber game and do you feel you are breaking norms by working as a female amongst your male piers?

Jess: I have been cutting for 15 years now, 3 years as a barber and to be honest I don’t actually think that the image of the modern barber is stereotyped by gender. There are so many great female barbers and barbershop owners these days that I personally just don’t see the industry being as heavily dominated by men like it once was.

Kira: I have also been in the industry for about 15 years, 4 years as a barber and yeah the industry changes quickly, I don’t feel like we are breaking norms either, I think generally people are pretty open minded, while there is at times that stereotypical image of the barber being male, I think most people look beyond that and pass judgment on the barbers skills and the level of service that they receive.

Who do you draw inspiration from?

Jess: There is a pretty tight community around here and word of mouth goes a long way, the whole team at the shop work together to build on strong connections and then that reciprocates as the support comes back full circle. I guess we inspire each other to constantly improve and grow along with the industry as it changes and develops.

Kira: I agree with Jess the whole team here drive each other, we are always quietly competing to be better and that helps us all as a collective. I also appreciate that information that would have once been guarded and considered to be trade secrets is now openly shared on social media. There are educators contributing information on techniques and making that readily accessible. That is beneficial to the broader industry and I find that selfless contribution to be inspiring.

As a female and never having a beard, how did you find the journey of learning to groom mens beards?

Jess: It’s like any other skill in a trade, you are taught the theory and practice the process, I don’t feel at a disadvantage for not being bearded, most blokes I know have never grown a beard, so I don’t think being female really changes anything in that area. That is one of the things that separates the barber trade from hairdressing, you learn the craft, you learn the skills specific for grooming men and grooming beards is just another part of that.

Kira: For me personally I enjoyed that learning curve and journey, I found it really interesting, you need to learn how to stretch certain parts of the skin and over time as you do it more and more it becomes natural and easy. Beard care is such a big part of our offering and I think that is one of the things that really helps to differentiate us from other barbershops in the area.

Who do you believe to be leading the way for female barbers in the Industry, or just pathing the way in the industry in general?

Jess: I'm interested in the likes of Jake Putan, dude is an artist, and he is working outside of the box, I love what he is bringing.

Kira: For me it's The Scumbags Of Rotterdam or in Dutch 'Schorem Haarsnijder En Barbier'. They have this whole alternative culture surrounding what they do. Speaking of the Industry in general you tend to see the same things over and over again but then with Schorem you see this affiliation with all these alternative subcultures and it just makes it really appealing, it's more about the crew on the fringes instead of the mainstream and I think thats the catch.

MOVEMBER - WHATEVER YOU GROW WILL SAVE A BRO

Movember is just around the corner and fast approaching for its eighteenth season. For those who have been living under a rock, Movember is about growing a moustache for charity in a bid to raise awareness and fund much needed research into men's health. Let’s take a closer look at this years running and outline the ways you can get involved to help make a difference.

GROOMING HACKS FOR THE MODERN MAN

Despite its importance, men’s grooming is a rarely discussed topic. All too often, men are left to their own devices to try and figure things out for themselves. The right knowledge is essential and today we take a look at a few grooming hacks to help the modern man along in his journey of life.

THE COVID-19 SURVIVAL GUIDE FOR MEN

We have all been affected by the ongoing Covid-19 pandemic. Many of us have put our lives on hold. Some of us have lost jobs and a few of us have even lost loved ones. In order to survive this pandemic, we all need to take some time to adjust to the situation and look for ways to cope. Here are three ways to help you keep it all together while the world gets turned upside down around us.

WHICH HAIRSTYLE IS RIGHT FOR YOUR FACE SHAPE

When choosing a hairstyle, it can be tempting to go with the latest trend. For many others, they will try to emulate the hairstyle of their favourite celebrity or sports hero. There is nothing wrong with this and for many it feels good to be on the pulse and to be sporting the latest look. While people are always free to make their own choices, sometimes it is a good idea to take some advise from your barber.

FAQ - HOW OFTEN SHOULD YOU VISIT THE BARBERS

A man’s hairstyle speaks volumes about their upkeep and character. While some men love to sport the shabby ‘I just walked off the beach look’ and others just strait up look better with a longer hairstyle, the majority of men prefer a traditional, short, sleek and clean haircut. Any respectable man wanting to maintain his image needs a great haircut. Think about how boys are asked to have a certain type of haircut in school or how men in uniform require a specific haircut. However in saying that, there are no hard and fast rules when it comes to choosing what’s right for you.

On the 29th of February 2020, the proudest of all the ‘mullet heads’ from around the country and the world will converge on the Chelmsford Hotel in Kurri Kurri. They will be coming from near and far for the third annual Mulletfest and they will be pitching their hair styles against one another in a battle royale like no other.

From all the team here at Barber Industries Stockland Greenhills, we would like to shout out a big thank you to all of our loyal customers, we truely appreciate the ongoing support that you have shown throughout the year. We wish you and your families a Merry Christmas and a Happy New Year. Stay safe over the holidays, and come see us for a fresh cut to bring in the new year with.

Stockland Greenhills is bustling, it is a busy Thursday night and the Barber Industries store is pumping. We wait for the team to clear the bench of eager customers and then we sit for a chat with our main man on the ground in Maitland, Mr Amir Karimkhani.

BEARDS, BALMS & THE POWER OF POWDER

When it comes to the world of mens grooming and styling products, we are now spoilt rotten in a realm that was once quite scant for choice. There are loads of new developments constantly popping onto the shelves, some of these come and go and some are here to stay. With so many choices it can be hard to know what’s what and what will work for you and your needs.

THE NEW DAYZ OF FADES

Never has the Skin Fade hair style been as popular as it is today. Currently the Skin Fade, in its many forms, is our most requested hair cut, especially with the trend savvy clients of the younger generations.