In line with the direction of the NSW Government, this barbershop will be closed until further notice.

Please note that the Government advice and regulation is in constant change and this reopening date may be subject to change.  We look forward to welcoming everyone back in store at the first appropriate point in time.

Get The Latest Updates From The NSW Government

We are very pleased to announce that The Barber Industries Experience is now available in Roselands. This is the ninth Concept Store in our group of Traditional Barbershops and again we share with you the skills of our Master Barbers and that special experience that they create with every service. From old-school to ultra modern hair cuts, beard treatments, hot towel shaves and all your men's grooming essentials, you are in good hands with our team at Barber Industries Roselands.

The shopping precinct has undergone a $90 million revitalisation and the redevelopment has reinvigorated the centre and positioned it as a real focal point within the community.  The works include major changes with the creation of a fresh food precinct and more than 30 specialty food retailers. We are conveniently located above the food precinct on level 1, next to the MYER entrance, and we are open seven days a week.

Come in and experience our team of highly skilled professionals who bring back the timeless art of grooming in a traditional barbershop. They are craftsman of the highest regard, a team with an industry leading skillset and a loyal following. Good things are happening at Roselands and it is a good time to introduce Barber Industries.

A BRIEF HISTORY & THE GOLDEN AGE OF BARBERSHOPS

The golden age of barbershops is said to have been at the end of the 20th century and up until the beginning of world war two. It was a time when barbershops rivalled taverns and pubs in terms of popularity. They were classy hangouts and visiting the barbershop was a weekly or even daily habit for many men. The barbershop’s popularity wained for a period of time, however in recent years years there has been quite a resurgence, let’s take a look at the evolution of the barbershop over time. 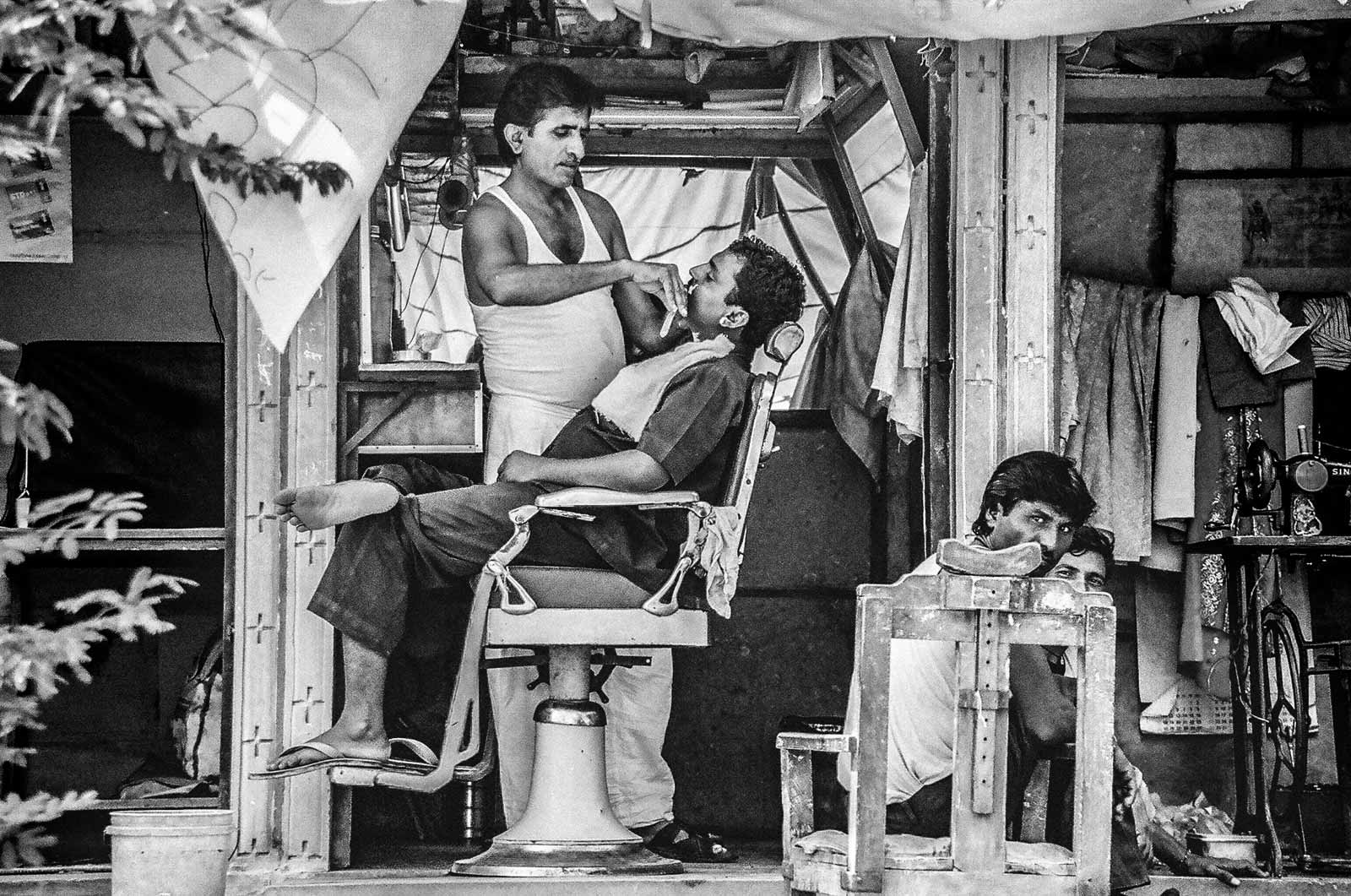 In the times of Ancient Greece, men would have their hair and beards tendered to in the marketplace. This was known as an agora and it would also serve as a social gathering point for debate and discussion. Men would meet to talk big ideas, politics or just plain gossip. This outdoor practice of grooming was not limited to Greece and open air haircuts are still common in parts of India, The Middle East and Asia.

During the middle ages the barbershop was like a one stop health shop. The barber’s role extended well beyond just grooming and he often performed both surgeries and dentistry. The professional of the time was referred to as a barber-surgeon. On top of cutting hair and shaving they would suture wounds, lance boils, set bones and prescribe bloodletting for everything from a sore throat to the plague.

The Golden Age Of Barbershops

At the turn of the 20th Century the most epic barbershops were adorned with elegant furnishings, sleek timbres, luxury upholstery, frescoes and ornate mirrors. Men would not only frequent the barbershop for a haircut and shave but also to hang out and socialise with friends. The barbershop still served as a meeting place through this era and debate on current affairs would be typical. Patrons visited very regularly and the popularity of the barbershop was hardly rivalled. The smell of the tonics, pomades, oils, and powders made for a welcoming and memorable aroma that would allow a man to relax as soon as he entered. Once the hot lather hit his face, all his worries would melt away.

One of the first big blows to the golden age of barbering came with the launch of the disposable safety razor in 1904. They were marketed as more economical and convenient than visiting the barbershop and going to the barber for a shave soon became a special occasion instead of a regular habit. In the 1960s Beatlemania and hippie culture seized the globe and long hair was the style of choice for many men. By the 80’s unisex salons had also started to encroach on the traditional barbershop model. The smell of pipe tobacco, talc and cedarwood had given way to that of perm chemicals and hair mousse.

In recent years the traditional barbershop has had somewhat of a renaissance. Men are once again seeking the solace of a true barbershop experience and at Barber Industries we are answering that call. We have brought back the golden age of barbering and created a masculine haven for the modern man, come visit us seven days a week at Roselands.

BARBERSHOP ETIQUETTE - THE THINGS THAT YOU SHOULD KNOW

When visiting the barbershop it is important to show common courtesy and manners. Furthermore, an understanding of correct barbershop etiquette will ensure the best experience for both you and your barber. This understanding leads to mutual respect and positive client/ barber relationships.

THE BEST HAIRSTYLES FOR BOYS IN 2021

Popular boys hairstyles are forever changing and yesterday’s trends have given way to a new wave of styles for 2021. Today we outline the latest fashion forward styes and hopefully help you to choose a fresh and contemporary hairstyle that compliments your young mans personality.

Here at Barber Industries we pride ourselves on our craftsmanship and on creating a special experience for every customer. This also includes our retail service. We endeavour to support only the highest quality mens grooming brands and stock only the finest products. One brand that graces our shelves and we strongly stand behind is Sydney’s very own Fox & Fellow.