In line with the direction of the NSW Government, this barbershop will be closed until further notice.

Please note that the Government advice and regulation is in constant change and this reopening date may be subject to change.  We look forward to welcoming everyone back in store at the first appropriate point in time.

Get The Latest Updates From The NSW Government

The Best Barbers In Lake Macquarie

The home of grooming for modern masculinity is located right in the centre of town at Morisset Square. It is here that you will find our Barber Industries Concept Store and the best barbers in Lake Macquarie.

There is no longer a need to travel out of town to access the skills of a master barber as we are conveniently located directly opposite Coles. We provide a modern day delivery of age old customs and techniques. Our barbershop culture is based on traditional values, exceptional service and this is delivered by craftsman of the highest regard.

From old school classics to the very latest trends and fashionable cuts, we have a  hairstyle for everyone. Our approach is positive, comfortable and our services are always delivered with the greatest care and attention to the finest of details.

For a fortnightly skin fade, beard trim and line up or the enjoyment of a regular hot towel shave, you are in the hands of Lake Mac's finest tradesman when you kick back for a grooming service with us.

We stock a great selection of men's hair treatments, tools and styling products, many of which are barbershop only brands and are the best money can buy. Need a gift for your man? Ask the staff about our badger hair shaving brushes, straight razors, soaps, creams and balms. Something for every man’s grooming needs and great gifts ideas.

We are open seven days a week at Shop 14 in Morisset Square. See our services section for our daily trading hours and a list of rates. Come visit Ammar and his team, kick back, relax and enjoy the Barber Industries Experience.

THE RESURGENCE OF THE BARBERSHOP SHAVE

There was a point in time when a man almost always enjoyed his shave at the barbershop. Unfortunately, with the emergence of the disposable razor, those glory days of grooming indulgence were replaced with the chore of home shaving. Luckily, over time, the barbershop shave has reemerged as a modern day indulgence for men. Today we look at why the popularity of the barbershop shave has come full circle and why more and more men are kicking back in the barber’s chair to enjoy one of life’s little grooming luxuries. 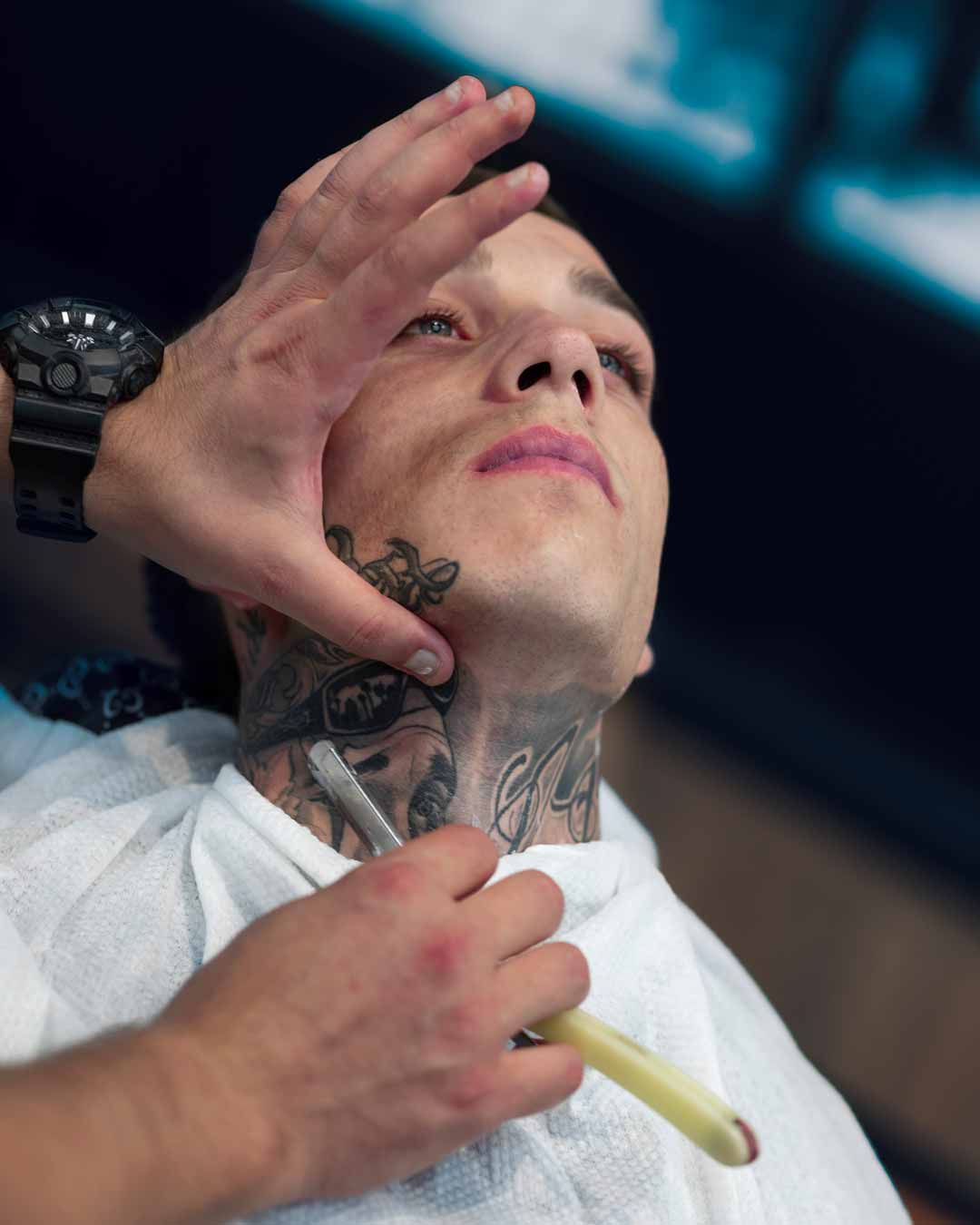 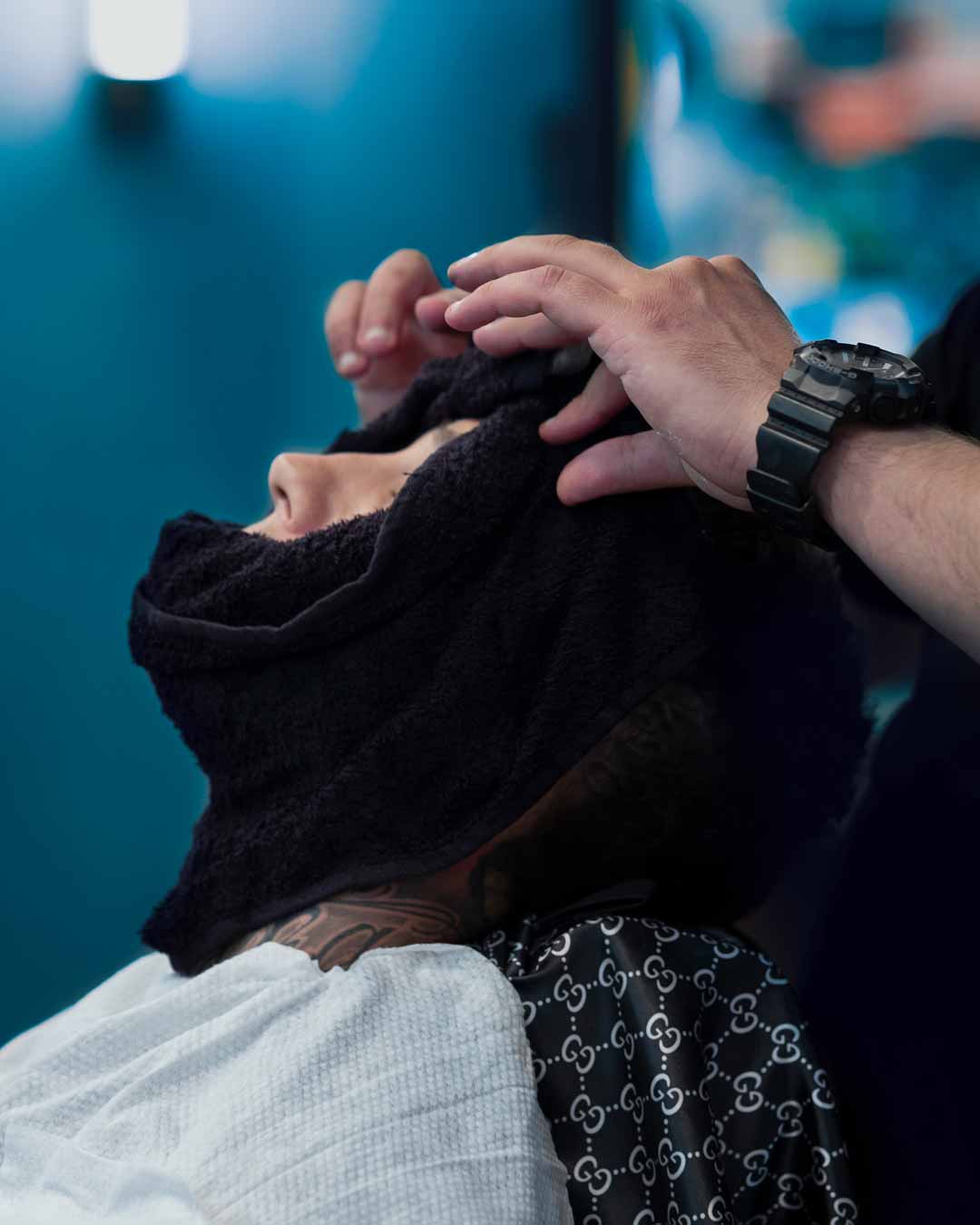 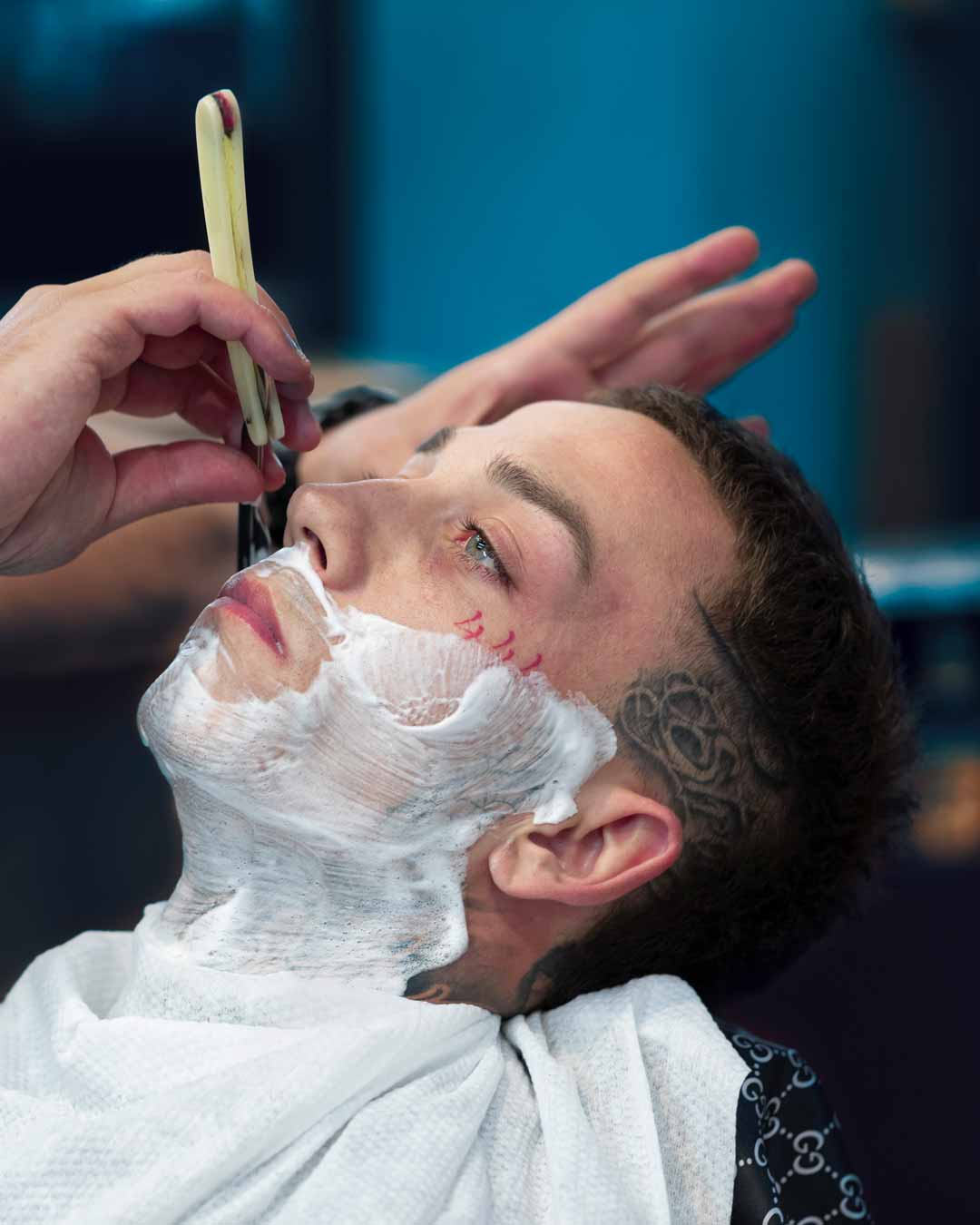 In the days before disposable razors a trip to the barbershop almost certainly meant that a man would be getting a shave as part of his service. Maybe even some blood letting if he was so inclined, but more on that another time. A shave was a grooming luxury and a regular glide of the barber’s blade was regularly afforded by societies upper classes. An up-kept clean shaven appearance was a sign that a man held status and could afford the luxury of timely grooming at the barbers.

At the turn of the twentieth century the emergence of the disposable safety razor ushered in the period of DIY home shaving. The safety razor reduced the level of skill needed for an injury free shave and this reduced the reliance on professional barbers for men’s shaving. The experience of the barbershop shave was forgotten and shaving became nothing more than a chore squeezed into the morning routine of some men.

In recent years there has been a real resurgence in traditional style barbershops and barbershops offering traditional services like cut-throat shaves. The barbershop shave is drastically different to what most men have ever experienced and the master barber understands aspects of shaving that most men never even knew existed. One of the driving forces behind this shift back to full service barbering is modern man’s attitude towards the shave. The men of today know that the barbershop shave is not rushed, it is not a chore, it is a break from the grindstone, something special and an experience to be enjoyed.

Have you experienced a barbershop shave for yourself? Join the growing number of men who know the difference and who trust in our team of master barbers for a shaving experience like none other. Try for yourself seven days a week at Morisset Square.

HOW TO GROW YOUR BEARD IN FIVE EASY STEPS

Growing a beard is not for every man and for some it can seem a little daunting or just too difficult to be bothered with. Well, today we break it down and make it all too easy to achieve in our five step guide to growing a beard.

Barber Industries is excited to have opened another barbershop in the Lake Macquarie region and today we have a quick Q&A catch up with the man behind the chair at the new location in Morisset Square. Introducing Master Barber and all round good guy Ammar Al-Husseinawi. With over a decade of experience on the tools, Ammar is heading up a sophisticated and talented team of barbers. Come in and meet the crew, now open seven days a week at Morisset Square.