Congratulations Jessie Mackaway. During the month of July we gave the chance for one lucky facebook user to win the ultimate mens grooming package with Barber Industries. The package includes a Style Cut + Hot Towel Shave + Gift Pack & Styling Products from American Crew with a total value of $270. 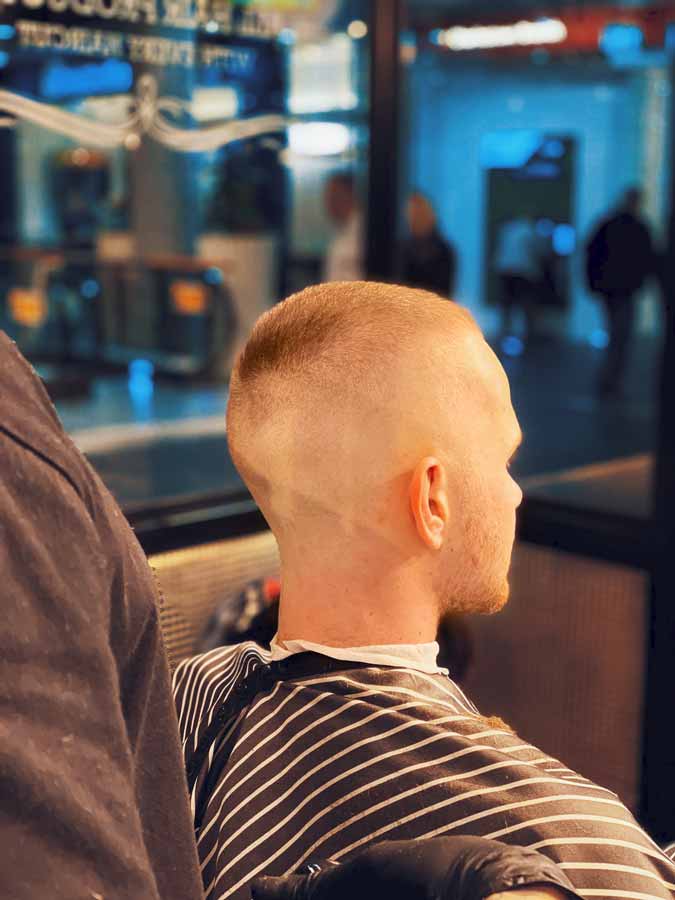 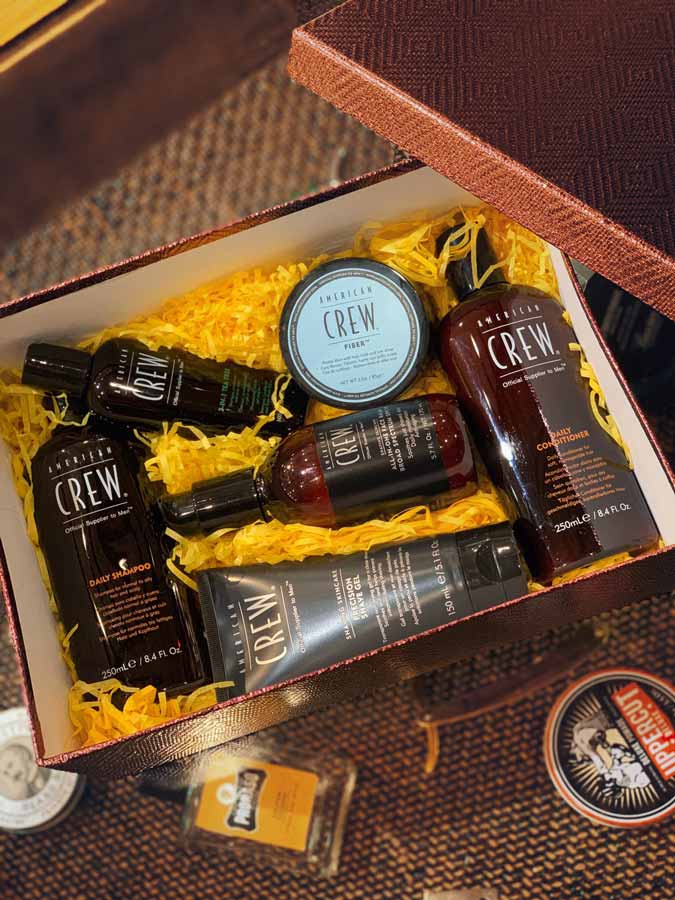 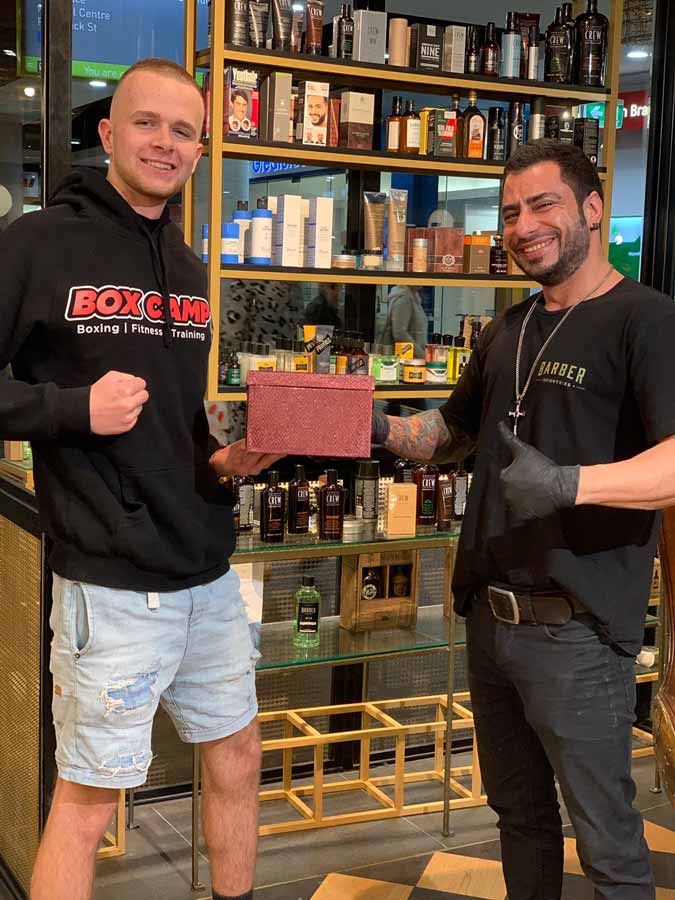 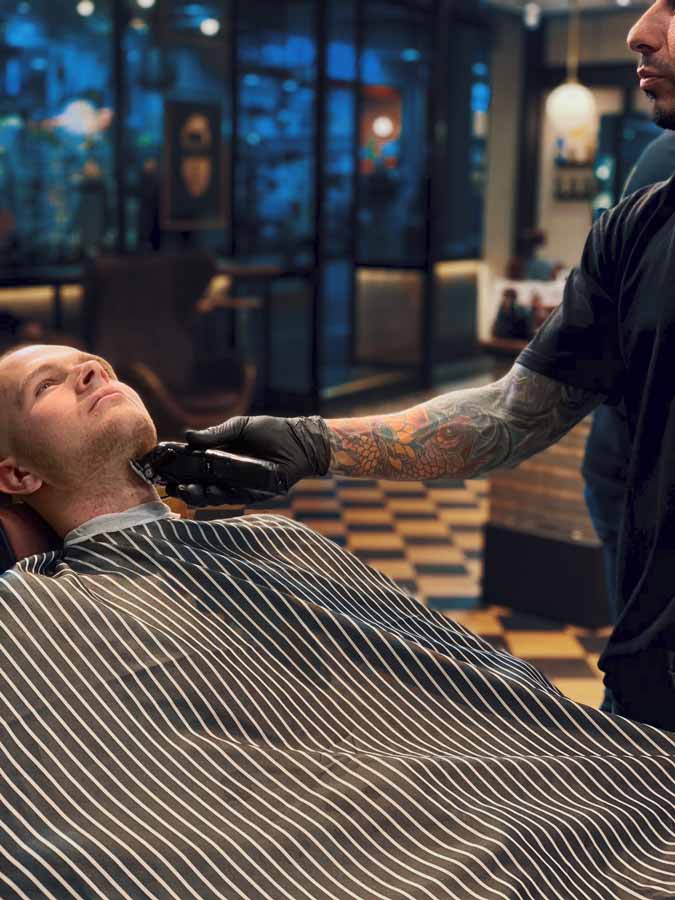 Users simply shared any of our promo videos on facebook during the month of July to enter the draw with Jessie Mackaway of Lake Macquarie coming out the eventual winner.

Jessie came into his local Barber Industries Barbershop in Charlestown on August .. to claim his winnings and get that fresh look and feel from from his favourite man on deck Hadi.

Posing for a few quick photos with his fresh cut and box of loot, Jessie was on his way with a smile and a box full of goodies from American Crew. That box is solid and will surely keep him groomed and feeling good for some time to be.

We have some exciting new promotions in works for later this year, so be sure to keep your eyes peeled for your chance to Win.

THE BEST SHAVE FOR MEN WITH SENSITIVE SKIN

BLACK FRIDAY SALE: SAVE 30% ON ALL GROOMING PRODUCTS

Spreading to our shores after first starting is the USA, Black Friday has well and truely become a calendar event for shoppers in Australia. The sale period known for crazy good bargains has also been transformed from a single-day shopping spree into a four day bender. At Barber Industries we are keeping up with the times and offering big savings across all retail products on Black Friday.

BARBERSHOP BANTER - IT’S GOOD FOR YOU

This year’s Men’s Health Week brings the importance of social connections into focus and outlines the benefits of having a team around you when it matters most. The suicide statistics for Australians between the ages of 15 and 44 are disconcerting and sadly, men make up 75% of those numbers. Being socially connected can help men reach support early if something is wrong, prevent suicide and lead to better health all round.

A GUIDE TO GROWING LONG HAIR FOR MEN

In the male populous of western cultures, long locks has traditionally been a hairstyle choice for those on the fringes and for the more radicals of society. These social misfits made long hair cool and this eventually led to the acceptance of long locks across the mainstream. Ever wondered how you’d go growing out your hair? Read on to get in the know how.

A PARENT'S GUIDE TO YOUR BOYS FIRST HAIRCUT

In some cultures and religions, a first haircut can be considered as a rite of passage, not always the case but it’s always an important milestone in their early lives. As parents this is a great moment for us to remember. Here is a guide to help make their first haircut experience more fun and memorable.

A GENTLEMAN’S GUIDE TO MEN’S FRAGRANCES

Trying to choose the right fragrance can be a little tricky with the amount of options that are packed onto the retail shelf here at the barbershop. Luckily though, today we’re going to break it down and talk about the the different qualities of the products within the range and also outline some of our favourites.

The Movember Foundation’s annual ‘Movember’ is about to get underway for its eighteenth consecutive year. For those who are un-aware, Movember involves the growing of moustaches to help raise much needed funds and awareness for mens health issues. With inspiration in mind, we thought it would be a good time to take a closer look at some of Australia’s most legendary Mo’s from over the decades.

Almost every man who has ever put a razor to his face knows the burn of a shaving rash. Not only is the sensation extremely uncomfortable, but also unsightly with its small red bumps, redness, and swelling. Thankfully there are ways to mitigate the risk of shaving rash or avoiding it entirely, even if you’re using a razor.

It is seen all too often in this modern day, blokes that can't even get a haircut because they don't have the time to break away from the grind. The chances are that they are busy pursuing their career, accomplishing a pile of paperwork, meeting clients and providing for their family's needs.

In today’s fast-paced world, first impressions are everything and this includes how you present yourself or how you look. Nothing helps say “this guy is dapper” or “he exudes class” like a really clean and contemporary hairstyle. Luckily, and thanks to our team of master barbers, an incredible haircut is never too far away.

SIX ITEMS YOU MUST HAVE IN YOUR GROOMING KIT

Being well-groomed is one of the critical factors of being a modern man. Not only does it help you look and feel good about yourself, but it'll also help build a strong reputation about yourself. In other words, being well-groomed tells others that you're clean, professional, and hygienic, among other things. Although you can get yourself well-groomed at the barbershop, you also need to keep up the habit at home. In this article, we share six things you'll need in your grooming kit for home.

There has been a lot of changes go down in the Barbershop scene over the last decade and while there has been somewhat of a renaissance of sorts we definitely draw on both the old and the new at the store here in Charlestown. In the industry abroad there are more and more female barbers joining the ranks and getting elbow deep in the hustle, locally we have our very own Lady Laura who is cutting a living amongst the men at Barber Industries in Charlestown. Today we get her run down and observations on the Contemporary Barbershop and find out what the ladies bring to this ever changing landscape.

From all the team here at Barber Industries Charlestown, we would like to shout out a big thank you to all of our loyal customers, we truely appreciate the ongoing support that you have shown throughout the year. We wish you and your families a Merry Christmas and a Happy New Year. Stay safe over the holidays, and come see us for a fresh cut to bring in the new year with.

The hustle is in full swing at Barber Industries Charlestown, it is a Saturday morning and all the barber chairs are full as we sit down for a coffee and a catch up with Matt, the main man on the ground in Charlestown. The atmosphere in the shop is something special, it is the perfect blend of the old school and the new, the shop interior and decor sets the scene and the rowdy crowd of eager patrons fill the oversized leather couch and are poised ready to be called up for their grooming ritual.

BATTLE OF THE BARBERSHOP BRANDS

We stock a wide range of mens grooming and styling products and with such a comprehensive selection it can be hard to to know which products are specific for which areas. We encourage you to talk to the staff if you have any questions but we also thought we could help simplify things and take some of the guess work out of it by outlining the products that our stylists prefer to use in the barbershop.

An unmaintained beard will grow wild, disorderly and can become stringy, fuzzy and pretty much just look shithouse. Just like caring for the rest of our body, our face and beard must be well cared for and groomed regularly if it is to remain healthy.