WHAT'S THAT LOOK - A HAIRSTYLE GUIDE

Most established hair styles have a well known name or nickname that is broadly used to categorise the style. That name may vary from place to place but usually the names are derived by association to well known figures, early adopters or popular culture. 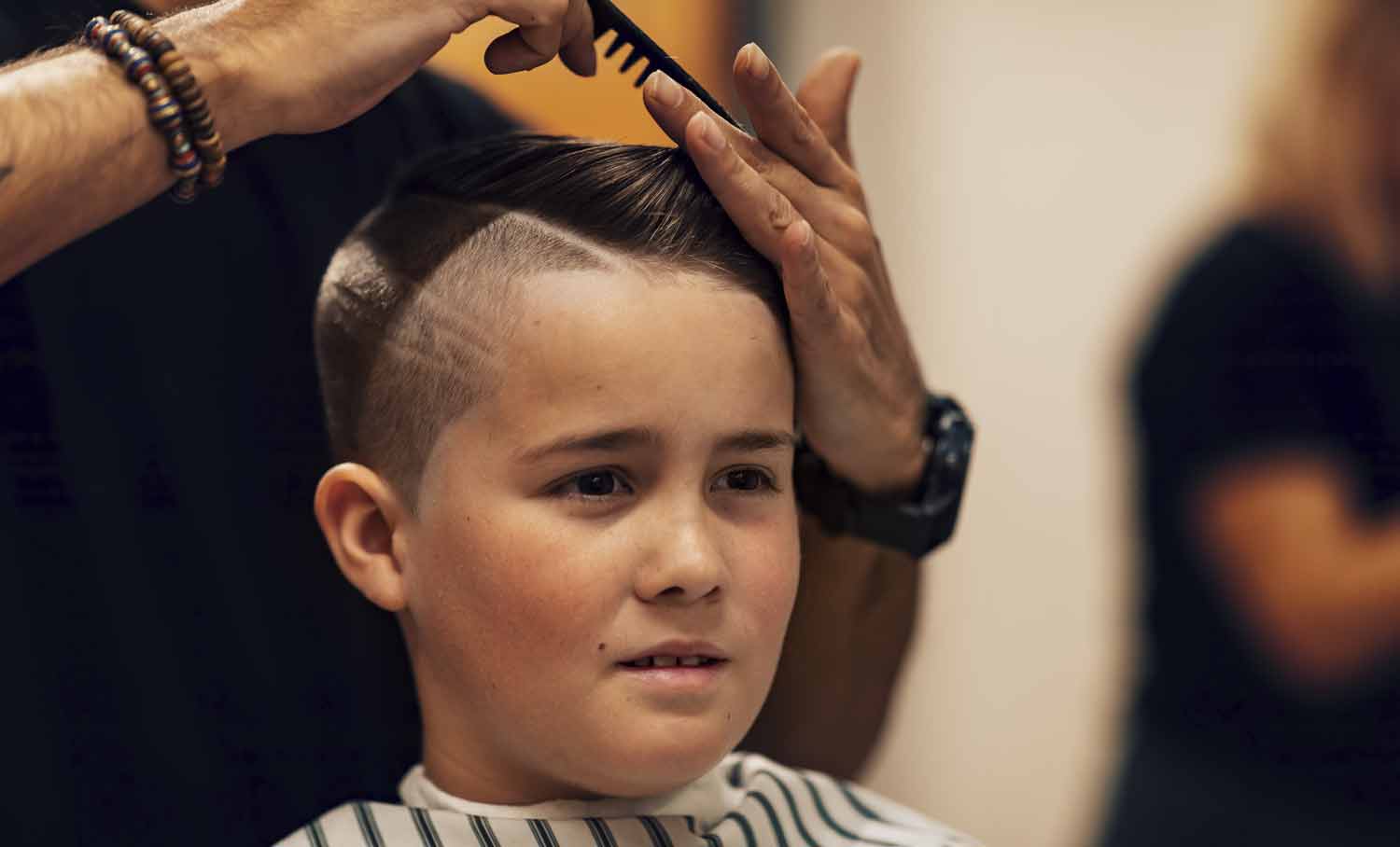 We have composited a quick list of popular hairstyles and thrown in the Australian colloquial equivalents for the more pompous and unrelatable ones. Because seriously, who is going to walk into the barbershop around Sydney, Wollongong, Newcastle or the Hunter Valley and ask for a pompadour or a quiff?

Buzz Cut: This one is just as it sounds, clipper cut short all over, not for those with a bumpy cranium but great for those who are balding. When cut in the low grades this style can be worn with some serious attitude. The double zero version is known as a skinhead, if you’re unsure of what that is you may refer to Russel Crowe’s breakthrough role as Hando in the 1992 film Rompa Stompa.

Crew Cut: Just a little longer than a buzz cut, but a long ways more presentable, the back and sides are usually clippered and the top is trimmed and layered with scissors.

Pompadour: Say what? The hair on top of the head is styled upward to form a “pomp” above the forehead, this is the highest point and then the length gradually falls towards the back. Strange name but a killer look, especially with a mid skin fade and a hard part. Best to mention rockabilly if you can’t bring yourself to say pompadour.

Quiff: The quiff is closely related to the pompadour and is technically another undercut style. The most defining difference is the messy nature. The hair is often slanted to take on a wavy appearance and finished rough instead of slick and rigid like the pompadour. The quiff is super versatile and there are endless variants to the style so best just to talk this one through with your barber.

Fauxhawk: Not to be confused with the ‘fake hawk’ that was employed to control renegade magpies at Parliament House!! More on that here. Think David Beckham circa 2003. Like the chilled out brother to the real mohawk, extra length on the sides softens the look and makes it much more approachable and versatile.

Ivy League: Also known as a Harvard Clip or Princeton, this is basically a crew cut with enough length on top to style with a part. In Australia it is probably best not to mention those first three and just go with short back sides instead.

Mullet: An Australian Icon, Sometimes described as "Business in the front and a party in the back” Think Warwick Capper, Steve Irwin or Reg Reagan. Not often requested and only for the brave.

Men’s hairstyles have developed dramatically over the years and one of the classic hairstyles of today’s generation has got to be the high fade or similarly one of the other fade hairstyles. Popular with the sporting elite, it is no wonder that the freshly kept fade is also the cut of choice amongst the younger generations of today.

The statistics around skin cancer in Australia are seriously quite horrifying to be honest. One Australian is killed by melanoma every five hours and two out of every three Australians are likely to get some form of skin cancer before the age of seventy. Our national melanoma rate is twelve times that of the global norm and that is a figure that the blokes behind a movement called Beard Season are determined to change.

HOW TO MAINTAIN THICKER FULLER HAIR

Maintaining a thick and full head of hair may be harder for some people than others. Some people are more genetically prone to hair loss, but others can also be affected by stress, poor diet, and grooming habits. The short answer to making your hair look thick and full is keeping it nice and clean. Yet, the longer answer involves changes in particular habits, taking note of products, and even adding a few supplements on the side if needed.

Mike, Caroline, William and the team of Barber Industries Kotara, would like to take the opportunity to thank our dear customers for their continued support and wish them a wonderful Christmas and New year filled with love, happiness and health.

WIN A TRIP TO BALI WITH BARBER INDUSTRIES

The island of the gods and rightfully Australia’s favourite holiday destination, there is just so much to love about Bali and Barber Industries Kotara has partnered with Flight Centre Kotara to take you there.

The Barbershop has always been a place for debate and discussion and has long been a social haven for men. The benefits of a good chin-wag with the barber may not be overly evident but this simple social outlet can play a vital role in aiding men’s health in our community.

MEET THE BARBER - MIKE AT KOTARA

Barber Industries opened its doors to its Westfield Kotara store on the 8th of September 2018, located on level 2, it is the eighth concept store instalment for the group. Today we have a Q&A style chat with owner Master Barber Mike as he tells us a little about his story and a little about the store's history.

$10 CUTS FOR KIDS WITH CANCER

The stage area of the roof top at Westfield Kotara was transformed into a pop up barber shop over the weekend, The team from Barber Industries Kotara running a fundraiser and offering $10 hair cuts and shaves to raise money for the Kids With Cancer Foundation Australia.