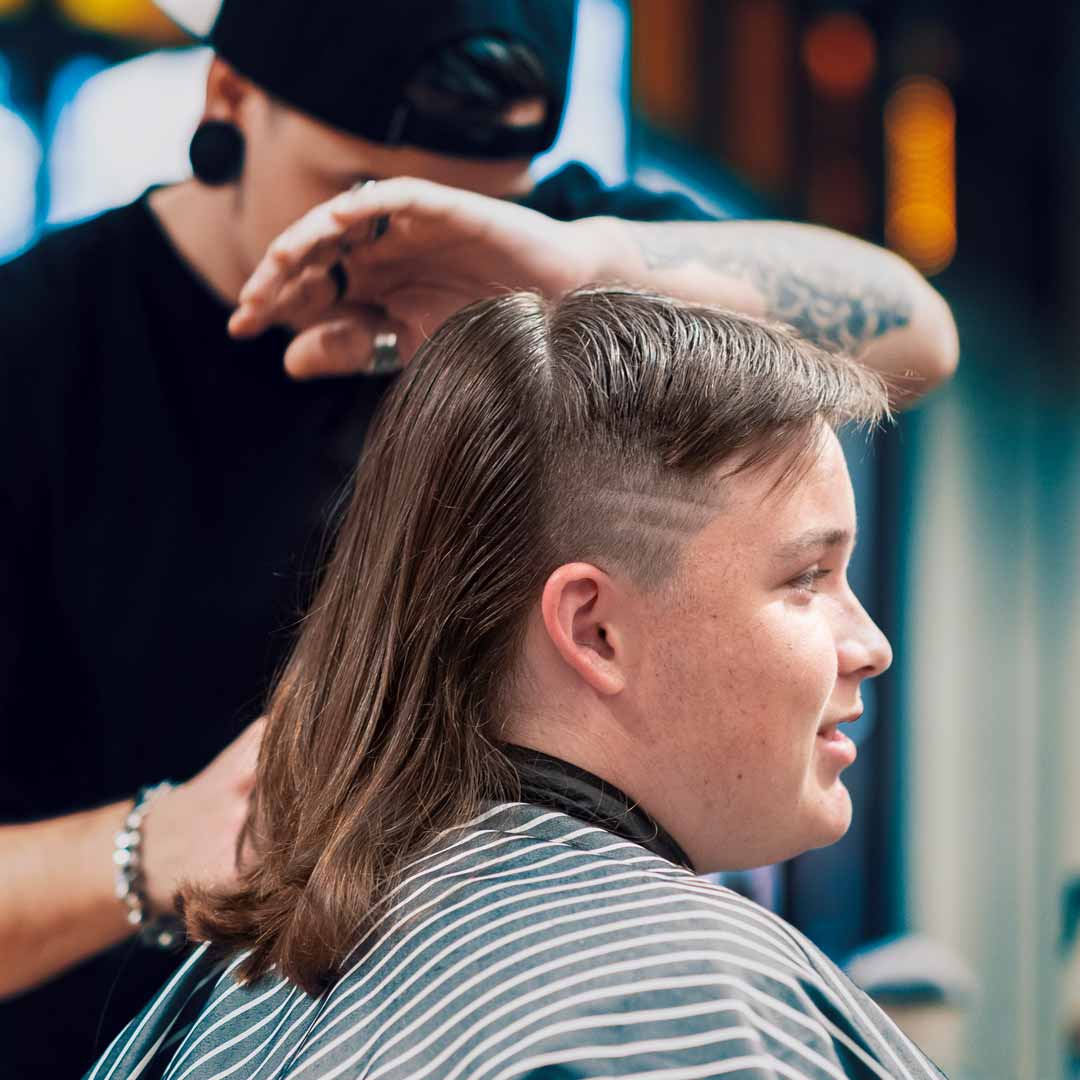 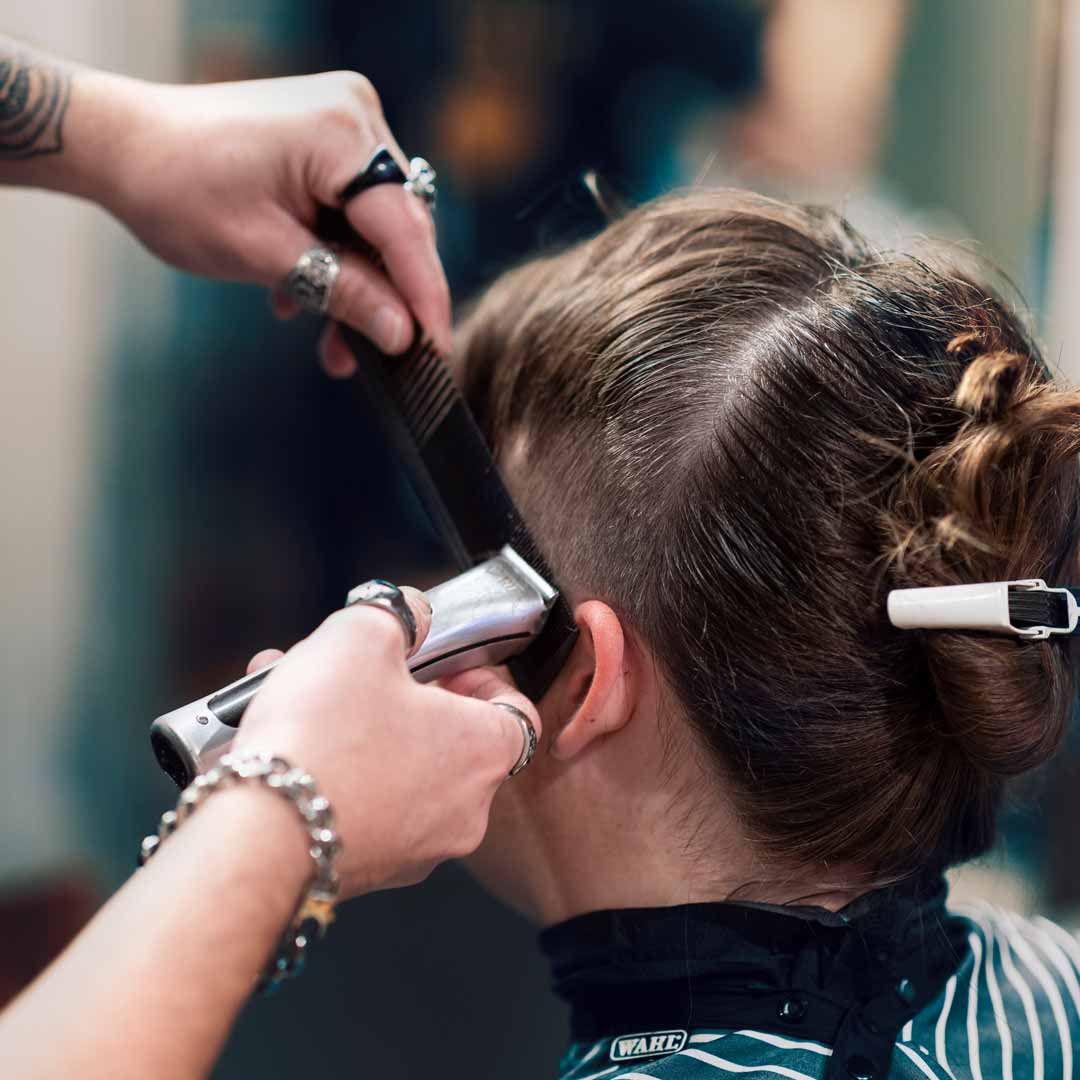 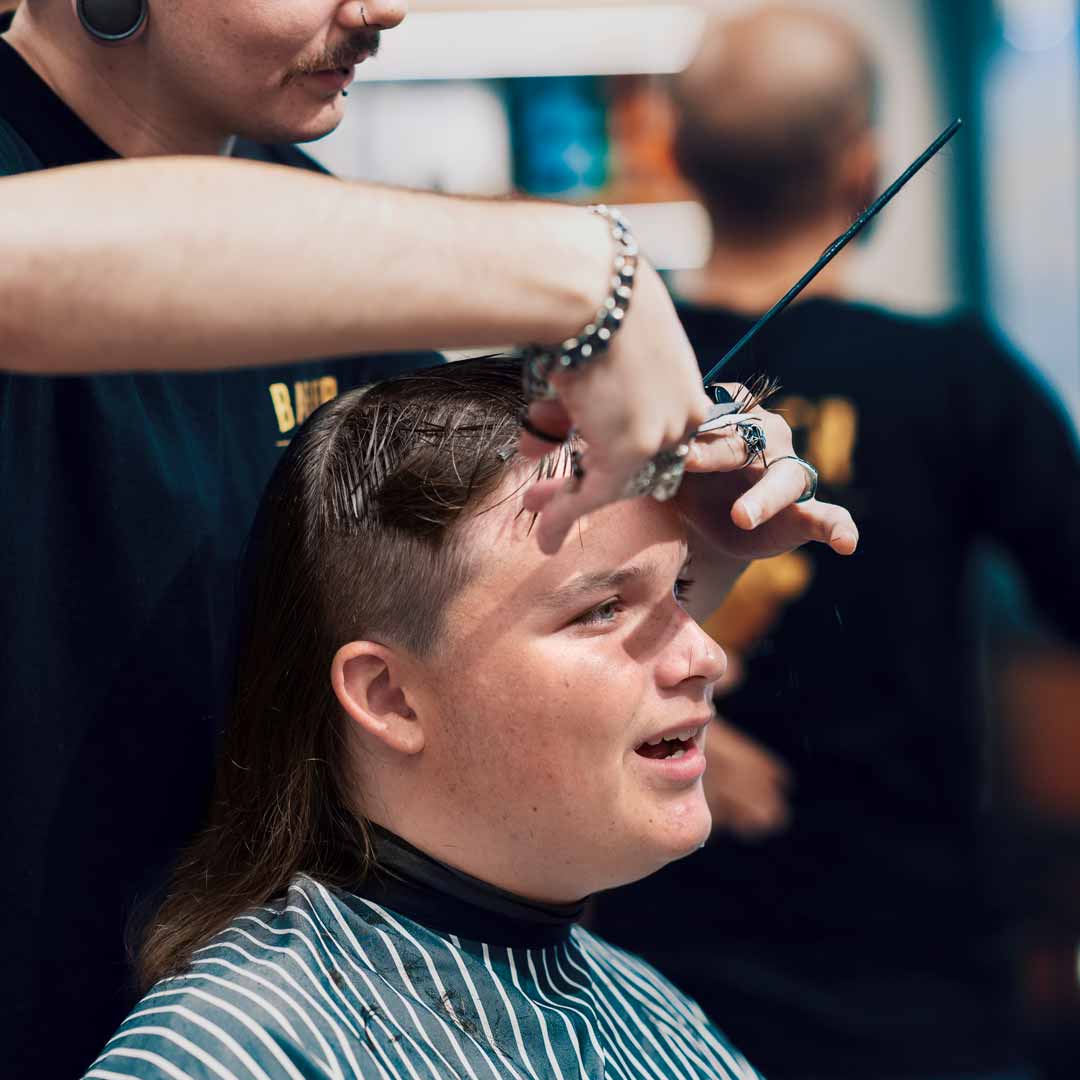 Once referred to as business in the front and a party in the back,

the mullet was a popular hairstyle in the 70’s and 80’s. Somewhere along the way in the 90’s, the popularity of the style began to wane and the mullet became an object of ridicule.

The name ‘mullet’ is derived from the term ‘mullet head’ which is an old derogatory term for an idiot. The Beastie Boys popularised the term in the lyrics of their 1994 song which was titled Mullet Head.

Jump forward to today and in the latest Cutthroat Journal, Maya Thevar writes about the latest trends and hot topics in men’s culture and barbering. Within her article titled “Mullet Has Entered The Chat” she talks about the mullet come back and quotes research by Baxter of California which states that “the mullet is the second most popular hairstyle of 2019.”

One of the driving forces behind the mullet’s new fashionability is coming from barbers who are experimenting with the style. Barbers are blending techniques and creating new variants, it is an evolution that puts a modern day twist on the old classic and it makes it much more palatable for today. The more noticeable shift has been towards shorter versions of the style, one popular development being a skin fade on the sides and a transition into various length at the back.

If you’re not convinced and you need further proof that the mullet is on the road back, look no further that then ‘Mulletfest’. This is an annual mullet competition that is held in Kurri Kurri NSW and is now entering its third year. The competition has an international following and gets media coverage as far abroad as Russia, The UK and Croatia.

Even though there is quite a resurgence of sorts, the old stigma that is associated wth the hair style still remains, it takes a brave man to wear a mullet and it remains to be a style for the more rebellious and alternative types.

Looking forward and the question at hand seem to be whether or not the rise of the mullet will continue through 2020. Will it die a second death or will we see even more creative takes and twists on the old classic? Will the mullet evolve into a mainstream trend or will it remain one for the dissidents and renegades on the fringes of society? Only time will tell.

It is widely accepted that trends in men’s hairstyles are first popularised by celebrities and influencers. The adoption then spreads through the mainstream and eventually down to the fringes and alternates of society. In reality, most hairstyle trends emerge from within the underground cultures and the flow of adoption spreads from there.

A MAN’S GUIDE TO VALENTINES DAY

We know that Valentines Day is about as far from front and centre as you can possibly get in most blokes minds. That is why we’re here to remind you of it’s fast approach and to help you not only survive this year but to outline how you can reap the rewards from a little giving too.

The National Rugby League Grand Final is the big show and is coming to Sydney this weekend. Can the Panthers go eighteen straight wins and bring the NRL premiership home to Western Sydney for the first time since 2003? Let’s take a look at the task at hand, break down the challenge and outline the strengths of the 2020 Minor Premiers.

THE BEST MEN’S HAIRCUTS FOR SPRING

How good is this weather, spring has definitely kicked in and sporting a fresh hair-do is just what is needed for the season. As spring is the time of renewal and growth, you too can do the same with a new and exciting haircut. Think of it as an opportunity to reintroduce yourself, a time for self progression and a new found confidence.

First Impressions have never been more important than in today’s fast paced world. How you present yourself is make or break in so many important situations. Nothing helps to say that ‘this bloke means business’ more than a freshly cut, clean and contemporary hairstyle. Finding a barber that you can trust to deliver on this is imperative, but hanks to our team of master barbers, an incredible haircut is never far away.

In today’s age, where different types of information can be found in various corners of the Internet, you will almost always run into rumours or speculations that challenge scientific truth. Hair myths are just as easy to find with the various sources that claim that they’re real. This ‘Fake News’ is why you should know when to be doubtful of the things that you read on the internet. Today we will debunk four popular and inaccurate hair myths from across the Internet.

The idea of a safe space is one that can vary depending on what situation men are in, where they want to go, or what they’re trying to escape from. Some men might see their kitchens as a safe space, while others seek refuge in a pub sipping away their worries. Yet, the traditional barbershop has always been an area where men can enter in their time of grooming needs but also find that sacred space that is truly theirs.

CAN A BEARD SAVE YOUR LIFE?

It is a statistic that comes a little hard to comprehend but the reality is that one Australian is killed by melanoma every five hours and two out of every three Australians are likely to get some form of skin cancer before they’re seventy. Our melanoma rate is twelve times the global norm, a figure that the blokes behind a movement called Beard Season are determined to change.

Most of us would easily recognise the striped pole that can be found outside many Barbershops. A white pole with red and blue stripes, spinning away. It catches your attention, it is a well known motif of the barbershop, but have you ever wondered how it came to be and what it actually symbolises?