Most of us would easily recognise the striped pole that can be found outside many Barbershops. A white pole with red and blue stripes, spinning away. It catches your attention, it is a well known motif of the barbershop, but have you ever wondered how it came to be and what it actually symbolises? 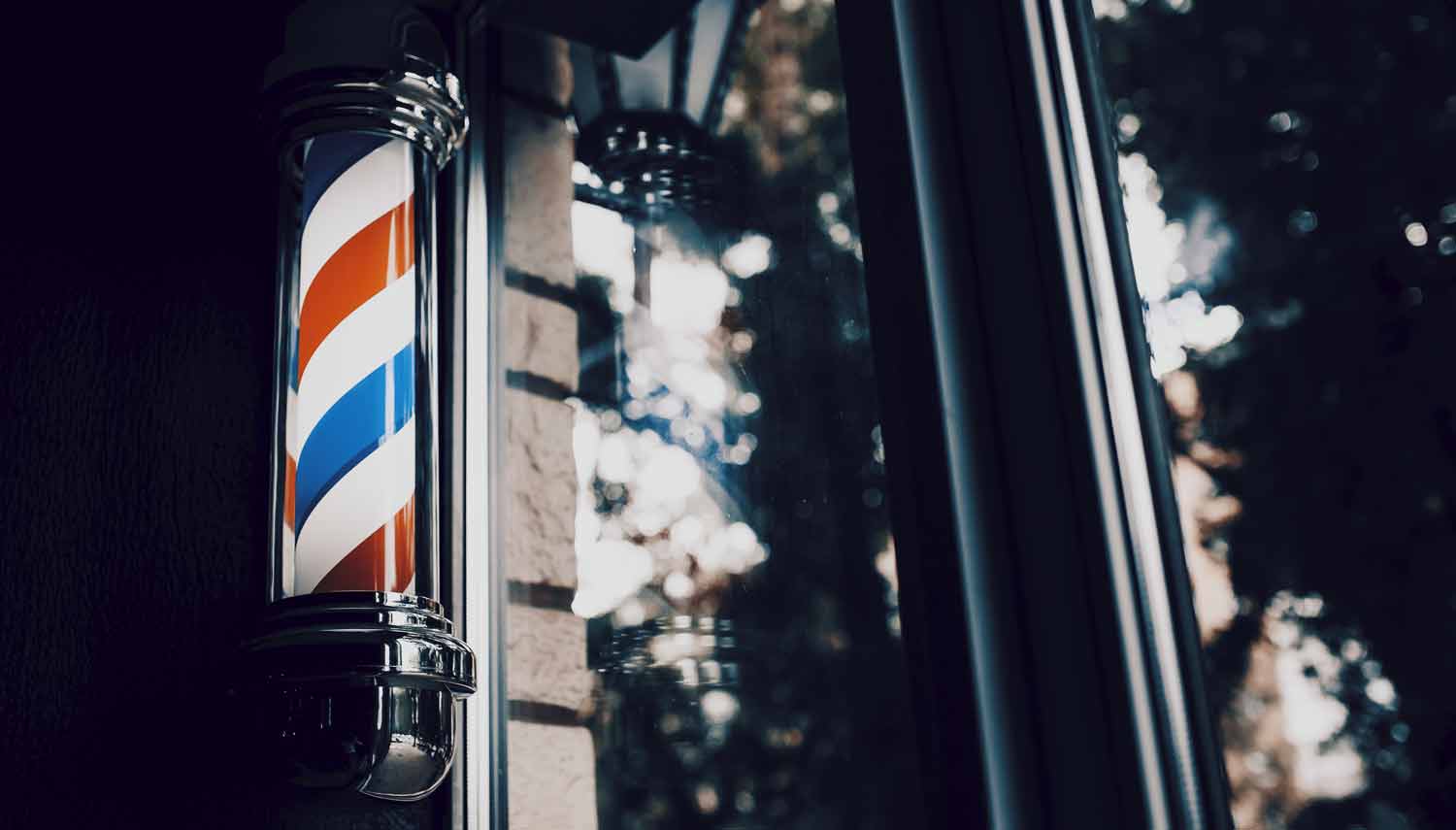 According to custom, Barber Poles have traditionally comprised of three colors, each of which has a deep meaning. These days you would be easily forgiven for not knowing what those meanings are, or for not coming anywhere even close with your wildest of assumptions.

The actual origins date back to more ancient times, an era where very few doctors or surgeons could be found. At that same period of time there was a common practice surrounding those with illness in that leeching or letting of blood was performed. This involved the sucking of blood by leeches or the draining of blood by incision. The belief was that the body could be brought back into balance by releasing the bad blood. Many barbershops of the time doubled up as surgeries and the barber pole came into use as a way to signify those shops where surgery was practiced.

The typical tradesman at the barbershop of the day was a groomsmen, surgeon and also someone who practised dentistry. Those were also the days before tooth paste and tooth brushes so you can only assume that they were kept damn busy and had their work cut out.

The pole itself is said to have been derived from the staff that the patient gripped onto to encourage blood flow during the leeching or blood letting procedures. As for the colors red, white and blue, there are a couple of theories, both in agreement that red is symbolic of blood and blue of veins. There is however debate over whether the color white is symbolic of nerves or the bandages used to wrap the wounds.

The barbershop and the role of the barber have both come a long way since those grizzly days of pulling teeth and chopping limbs off. While much has changed the barbers pole remains, often understood only to show that the barbershop is open for trade, but to those in the know it also carries that rich history of a timeless and proud profession.

It is widely accepted that trends in men’s hairstyles are first popularised by celebrities and influencers. The adoption then spreads through the mainstream and eventually down to the fringes and alternates of society. In reality, most hairstyle trends emerge from within the underground cultures and the flow of adoption spreads from there.

A MAN’S GUIDE TO VALENTINES DAY

We know that Valentines Day is about as far from front and centre as you can possibly get in most blokes minds. That is why we’re here to remind you of it’s fast approach and to help you not only survive this year but to outline how you can reap the rewards from a little giving too.

The National Rugby League Grand Final is the big show and is coming to Sydney this weekend. Can the Panthers go eighteen straight wins and bring the NRL premiership home to Western Sydney for the first time since 2003? Let’s take a look at the task at hand, break down the challenge and outline the strengths of the 2020 Minor Premiers.

THE BEST MEN’S HAIRCUTS FOR SPRING

How good is this weather, spring has definitely kicked in and sporting a fresh hair-do is just what is needed for the season. As spring is the time of renewal and growth, you too can do the same with a new and exciting haircut. Think of it as an opportunity to reintroduce yourself, a time for self progression and a new found confidence.

First Impressions have never been more important than in today’s fast paced world. How you present yourself is make or break in so many important situations. Nothing helps to say that ‘this bloke means business’ more than a freshly cut, clean and contemporary hairstyle. Finding a barber that you can trust to deliver on this is imperative, but hanks to our team of master barbers, an incredible haircut is never far away.

In today’s age, where different types of information can be found in various corners of the Internet, you will almost always run into rumours or speculations that challenge scientific truth. Hair myths are just as easy to find with the various sources that claim that they’re real. This ‘Fake News’ is why you should know when to be doubtful of the things that you read on the internet. Today we will debunk four popular and inaccurate hair myths from across the Internet.

The idea of a safe space is one that can vary depending on what situation men are in, where they want to go, or what they’re trying to escape from. Some men might see their kitchens as a safe space, while others seek refuge in a pub sipping away their worries. Yet, the traditional barbershop has always been an area where men can enter in their time of grooming needs but also find that sacred space that is truly theirs.

CAN A BEARD SAVE YOUR LIFE?

It is a statistic that comes a little hard to comprehend but the reality is that one Australian is killed by melanoma every five hours and two out of every three Australians are likely to get some form of skin cancer before they’re seventy. Our melanoma rate is twelve times the global norm, a figure that the blokes behind a movement called Beard Season are determined to change.