THE HISTORY OF THE BARBERSHOP

Old-school barbershops have made a strong resurgence in recent years and the traditional art form has not changed all that much, well not throughout the modern era anyways. If you look back and compare today’s practice with that of the middle ages you will see that the profession has changed quite a lot. 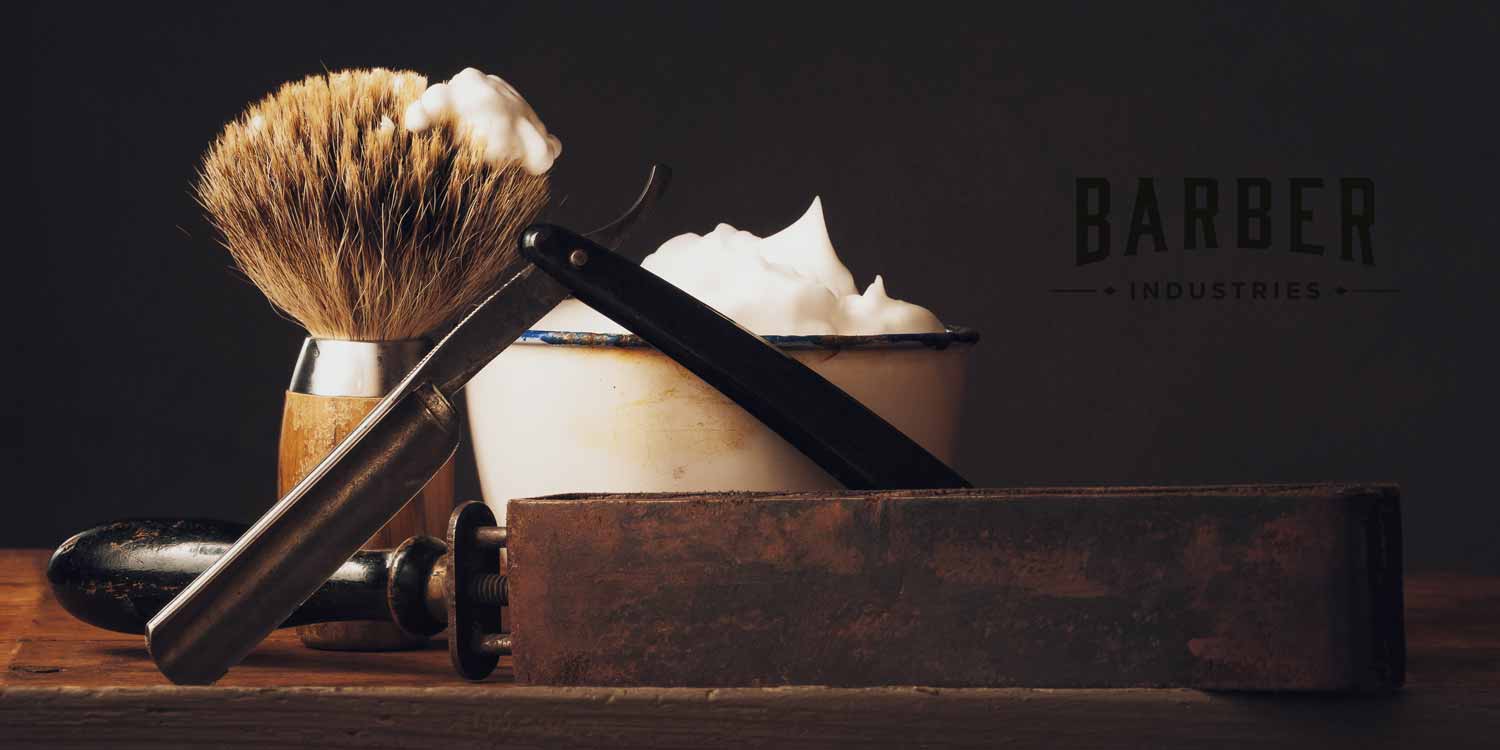 When you walk into the barbershop you enter a realm that has been the haven of men for thousands of years.

The most epic barbershops are adorned with elegant furnishings, sleek timbres, luxury upholstery, frescoes and ornate mirrors. Traditionally the barbershop also served as a meeting place for social discourse. A debate on current affairs would be typical and patrons visited regularly so that they could not only keep up their appearance but keep up with the latest news, in an age before television and smart phones the barbershop doubled as the news room.

Where it did all begin? The first evidence of mens grooming with tools dates back as early as 6000 B.C when barbering services were performed by Egyptian nobility with crude instruments crafted from shells or flint.

During the middle ages the barber’s role extended well beyond just grooming, barber’s also performed surgeries and even dentistry. The tradesman of the time were often referred to as barber-surgeons and this actually remained common practice right up until the mid 1400’s when the two professions started to divide.

Through the ages and into the modern era, barber-surgeons performed bloodletting and leeching, a practice where ‘supposedly’ bad blood was removed to assist with the recovery of sickness and disease. The colors of the barbers pole are symbolic of this practice with the red, white and blue being representative of blood, bandages and veins.

In 1745 America, a bill was passed separating barbers from surgeons. When the barber-surgeons separated, the barbers kept the red white and blue pole as their identifier.

The golden age of barbershops is said to have been at the end of the 19th century and up until the beginning of world war two. A time when barbershops rivalled taverns and pubs in terms of popularity. The barber profession was elevating with the emergence of the first barber schools and text books. Licensing and regulation commenced around this same time and barbershops were inspected for sterilisation as a means to protect public health.

By the late 20th century and unisex salons had come into prominence, especially through the 80’s and 90’s, but today in the 21st century we see a separation occurring again. There is a strong resurgence in the appeal of the traditional barbershop. Men require additional services like beard trimming, products like beard oils and balms, and grooming advice that can only come from a professional barber, services that the cosmetologists at the salon simply can not provide.

Over the centuries there has been a levelling of social structures and today more than ever people are concerned with their personal presentation and the upkeep of their image. It seems everyone is in the spotlight, especially with the emergence of social media and apps like Instagram and Tinder. Unlike the middle ages, most people live very comfortably and can afford the luxuries of regular grooming and the upkeep of their appearance by professionals. People desire a new level of individualism and often their own distinguishing style. Many will feel proud by identifying and adopting the latest trend while others rely on their barber’s artistic expression and have them craft an elaborate and bespoke style that is truely theirs.

Looking forward and one can only assume that continual change in social practice along with advancements in technology, tools and techniques will continue to shape the direction of the barbershop and the practice of barbers into the future.

SEPTEMBER IS THE MONTH OF THE MULLET

The mullet hairstyle is hot right now and with good reason! The style has been slowly creeping back onto the scene over the years, however in more recent times we have seen a good surge in popularity. Not just amongst the usual suspects in societies larrikins either, its back big time within the mainstream circles too.

Opting to grow out your long locks can be daunting if you’ve never braved that space before. Growing through the different stages of length can also be very challenging, especially if you’re not used to maintaining longer hairstyles. Long hair is not for all of us and some blokes suffer from irregular hair growth patterns, which make it difficult for them to grow not only a thick head of hair but also a beard.

GROWING YOUR BEARD WITHOUT THE ITCH OR IRRITATION

In the eyes of many, having a viking worthy beard is the hallmark of being a man. For many blokes a good facial growth seems too hard to manage and they abandon their beard goals along with the itch and irritation. Just like the hair on your head, your facial hair needs some tender love and care. Regular grooming is essential and and an occasional trim is ideal.

THREE STEP GUIDE TO DATING AFTER A BREAK UP

Nobody thinks about breaking up during the honeymoon phase of a relationship, and yet, relationships often simply don’t work out. Whether you saw the divide coming or not, you have to move on with your life. Do not punish yourself for failing to keep your relationship together—it takes two to tango. You may be a little jaded about the end of the story but one of the thoughts you can hold onto is that the end of something is the beginning of another. It’s time for a fresh start! If you need a break from love, there’s nothing wrong with stepping back from the dating pool and choosing to focus on yourself instead. And where better to start than at a barbershop, getting a fresh look?

When styling in the barbershop we use products from a wide range of brands, one of our outright favourites and ’go to’ ranges is that of Uppercut Deluxe. We are big fans and we believe that they have shown a commitment to creating the highest quality products while remaining competitively priced. The stuff even smells delicious, like ya’d rather eat it then put it in your hair. The Matte Pomade has got to be one of the most versatile styling products in the market, we use it day in and day out, all day.

From all of the team here at Barber Industries Parramatta, we would like to give a massive shout out to all of our loyal customers. We have had another amazing year and we have gone from strength to strength, we truely appreciate the ongoing support and patronage that you have shown and we can not thank everyone enough. We wish everyone a Merry Christmas and many happy returns into the new year ahead, may you and your families stay safe during the holiday period and may you be back in the Barber Chair before too long.

Movember, or the month formerly known as November is fast approaching and that means it’s almost ‘mo’ season. Now entering into its seventeenth year, Movember is about growing a moustache for charity in a bid to raise awareness about men's health. Let’s take a closer look and see how you can get involved.

The American Crew Brand has long been redefining what it means to be a well groomed man. They have been at the forefront of the mens grooming scene for 25 years. Their offerings span six collections as well as offering grooming tips and tricks designed to help you take your look to the next level. Their online spread also includes a helpful collection of how-to videos.

There is a lot happening in Parramatta with festivals, farmers markets and exhibitions all on the calendar this month. Amongst all that action it is business as usual at Barber Industries. We have a catch up with Huss, the main man on the ground in the Barbershop and find out what keeps things ticking for him and the team.